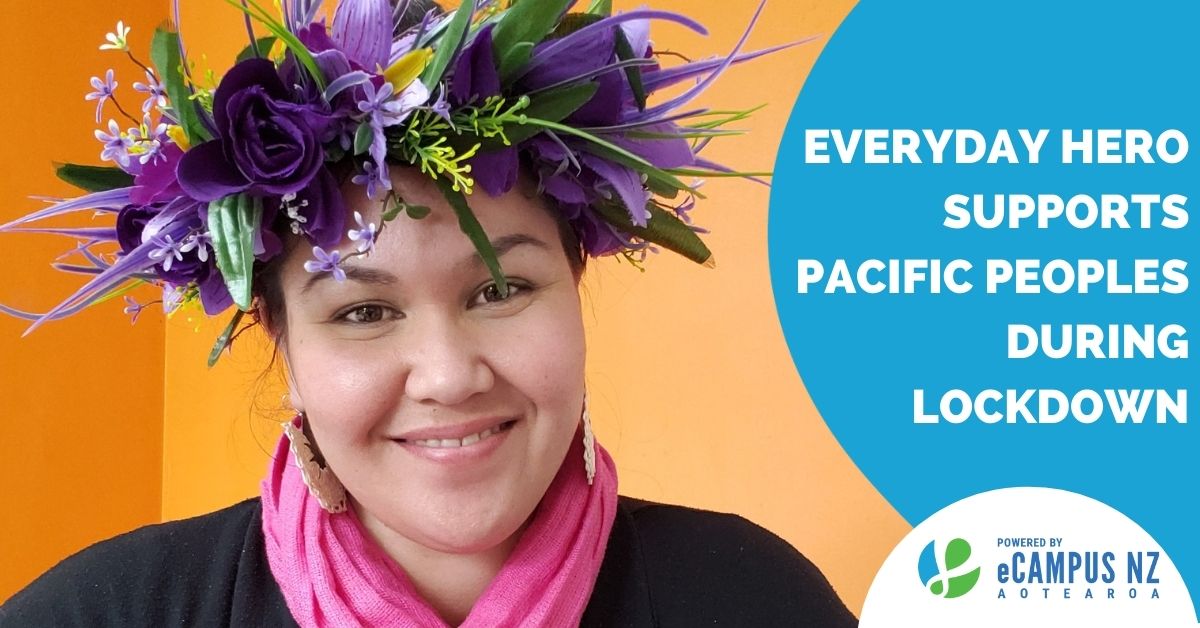 Between full-time work for a non-profit organisation supporting Pacific Peoples in Northland, looking after her four children, and studying online with NorthTec, Christina Fay Kupa-Wichman  – Chrissy – didn’t have much time to spare during the recent Level 4 lockdown.

Chrissy works as an administrator for Fale Pasifika Te Taitokerau, otherwise known as the Northland Pacific Islands Charitable Trust. The organisation’s team of four is currently focused on supporting the community through the recent changes to the COVID-19 alert levels.

“Our organisation, which been around since the mid-1980s, advocates for Pacific Peoples living in Northland,” Chrissy said.

“Many families have been struggling. It’s great that we’ve been able to help others within our community. It’s very rewarding,” she said.

Chrissy was already an active member of the Cook Islands community when she became involved with the non-profit over five years ago.

“I’m New Zealand Māori; Mum is from The Hokianga, and Dad is from Mahia in Hawke’s Bay. My husband is a Cook Islander,” she said.

“When I first got involved, I had been a stay-at-home mum for quite a few years, and I thought the part-time administration role with Fale Pasifika would be a good transition into work. Then I fell in love with working there and decided to stay,” she said.

Chrissy now works full time for the organisation. In 2020, she decided it was time to gain formal recognition of her skills, and she enrolled in the New Zealand Certificate in Business (Administration and Technology) with NorthTec.

“I’ve had the experience, but I didn’t have the qualifications to go with it,” she said. 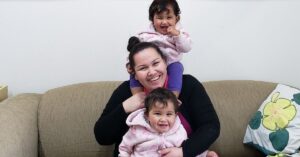 Chrissy decided to study on eCampus NZ so she could continue to work, help her community, and spend time with her four children.

“The flexibility was really appealing. I needed to be able to work at my own pace and fit it in with working and my kids and their schedules,” she said.

Chrissy’s eldest son will start high school next year and her eldest daughter will begin intermediate. She also has three-year-old twins.

Alongside her work and family life, Chrissy and her husband are active members of their community.

“I’m a member of the Board of Trustees at my daughter’s school, and we’re heavily involved in community-led initiatives,” she said.

Chrissy admits that juggling all of her commitments has been difficult at times, particularly during Alert Level 4. She wondered at times if she would be able to keep up with her studies.

She credits her online facilitator and student advisor for helping her to continue with her studies.

“I’ve had really, really good support – especially from my student advisor and facilitator. I wouldn’t’ve been able to get through all of this without their support and their understanding,” she said.

Chrissy is humble about her contributions and achievements.

“There are a lot of people out there who do it too,” she said.